A History of the Hajj

The Basic of Ihram

Top Tips For a Successful Hajj 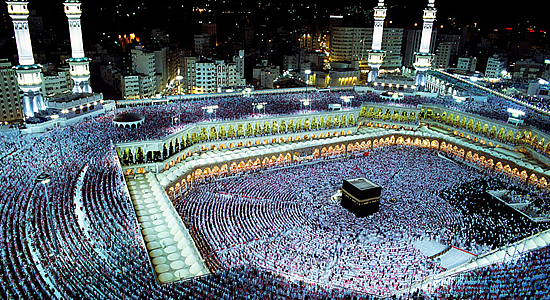 A Brief History of the Hajj

The Hajj. It’s one of the five pillars of Islam, a literal journey. Hajj ‘to set out for a place’ – performed by Muslims who are physically and financially able to show their devotion. But where did this pilgrimage to Mecca come from, how long have Muslims been traveling there? Here, we’ll take a long at the long and glorious history of the Hajj.

Alongside Shahadah, Salat, Zakat, and Sawm, the Hajj is the fifth pillar of Islam. The pillars are the five obligations that Muslims must carry out in order to live a good and holy life. The Hajj is perhaps one of the most stunning annual religious events to take place on Earth. An estimated two million Muslims trek east every year to stand shoulder to shoulder with all other Muslims. They perform Hajj regardless of ethnicity or social class. They acknowledge that they are all equals in the eyes of Allah, and to praise him before the Kaaba.

The Rise and Fall of the House of Allah

It was in the time of the Prophet Ibrahim (Peace and Blessings be upon Him), centuries ago, that Allah first ordained him to build the Kaaba or House of Allah. Every year after its construction, Ibrahim (Peace and Blessings be upon Him) traveled the Mecca to perform Hajj – to praise Allah. His son, Ishmael (Peace and Blessings be upon Him) continued the tradition. Over the years though, the practice was diluted, becoming more like a carnival than a religious pilgrimage. Some worshippers, in circling the Kaaba naked, though they ought to present themselves to Allah as they had been born – free of clothing and other earthly wares. The rivalry between competing tribes also grew, each wishing to prove themselves far better and braver than their foe. Perform Umrah and feel closer to Allah.

The Arrival of the Prophet Muhammad (Sallallahu Alayhi Wa Sallam)

It wasn’t until the Prophet Muhammad (Sallallahu Alayhi Wa Sallam) arrived that the Hajj regained its former stature. He brought forth once more the lost and forgotten purity of the Kaaba, and under guidance from Allah, reinstated the rites of Hajj, who declared is to be no lewdness nor wrangles during Hajj.’ He also crushed the rivalry between Muslim brothers and sisters, as well as the practice of smearing the blood of animal sacrifices around the Kaaba. ‘It is neither their meat nor their blood that reaches Allah,’ He told them, ‘But it is Taqwaa from you that reaches Him.’

The Hajj Today: The Facts

That Taqwaa – or piety – is crucial in understanding the Hajj today. It isn’t a decadent spree to Mecca, but a contemplative pilgrimage. One whose purpose is to affirm one’s beliefs, to thank Allah, and to be humbled in his glorious presence, and the presence of your brothers and sisters. Today, the Hajj is undertaken by all those of the faith who are able during the Islamic month of Dhul-Hijjah. This occurs precisely two months and ten days after Ramadan, and for five days many rituals may be carried out. Such rituals include circling the Kaaba in an anti-clockwise direction, throwing pebbles at a symbol of evil, and symbolizing your equality with other Muslims, as each male wears two white, seamless sheets and sandals. Once this great pilgrimage is completed. You are known well about History of the Hajj now.

If you’re planning to show your commitment to Allah this year, Qibla Travel can provide full Hajj or Umrah packages. We consider ourselves Hajj packages and Umrah specialists, so should you require more information and guidance on your upcoming Hajj or Umrah, there are several ways to contact us.  You may telephone us on 020 8558 4848 and 020 3208 0000, or email us on info@qiblatravels.com. Alternatively, if you prefer, please visit our London office.