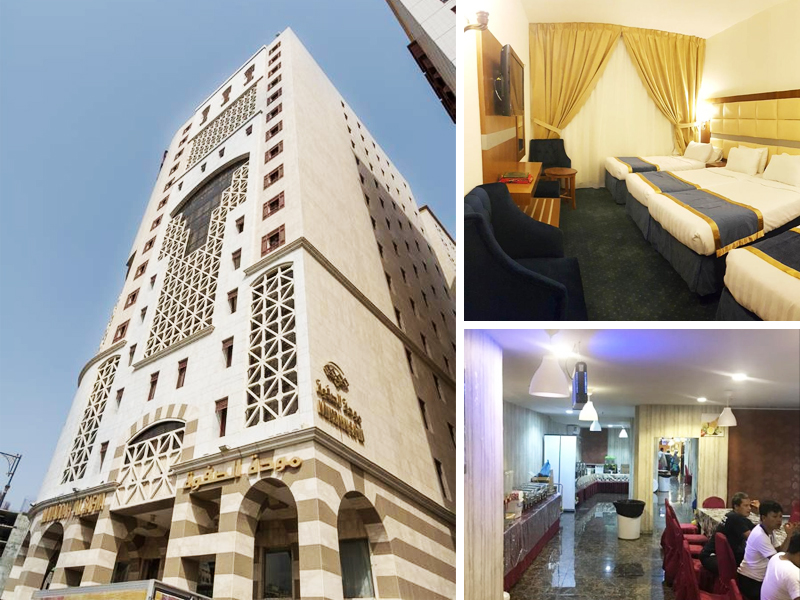 Day 1
(25th July)- Meet at Heathrow Airport, Flight to Jeddah)
Meet and assist at London Heathrow to Depart for Jeddah Airport throughout the journey for your benefit there will be ground staff to help and guide you with any queries you have from the UK till you return back to home.
- Arrivals at Jeddah Airport Transfer to Makkah On the arrival at Hajj terminal (waiting to time anything over 6 hours) and then group makes way to Makkah, Check in to Makkah hotel near Haram and leave to perform Umrah.
Day 02 to 03
- Ibadah at Makkah
Till the 7th Dhul Hijjah Ibadah and rest days at the Makkah
Day 03
- Leave for Mina
On the 7th/8th Dhul Hijjah will prepare to leave for Mina
Enjoy the atmosphere of Mina with full board
On the 8th Dhul Hijjah, this will be our first day in Mina. On this day you will be able to enjoy the atmosphere of Mina and also be given advice and lectures on the days to come.
Day 04
- Day of Arafat
On the 9th Dhul Hijjah after Fajr approx 8:00 am group will leave for Arafat and will spend all day till Maghrib time or after to leave Arafat for Muzdalifah.

Day 05
- Leave Muzdalifah for Jamarat for first day of stoning
On the morning of 10, Dhul Hijjah after the Fajr group will leave muzdalifah and return to Mina, from Mina we will leave as a group for Jamarat stoning. Then we will leave for Makkah to complete Tawaf Al Ziyarah and await news for the compilation of Qurbani. We will then return to Mina Tents after completion of Tawaf Al Ziyarah.
Day 06
- Second day of stoning
On the 11 Dhul Hijjah we will be into the second day of stoning,we will leave as group for Jamarat stoning.
Day 07
- Third day of stoning
On the 12 Dhul Hijjah, it will be the third day of stoning, after the stoning of Jamarat we will head to Makkah hotel or stay in Mina to do stoning for another day.
Day 07 and 09
- Rest day at Makkah Hotel
On the 13th to 15th Dhul Hijjah rest day at Makkah.
Day 10
- Leave for Madinah
On the 15th Dhul Hijjah the group will leave for Madinah (n.b journey time to Madinah by coach is more or less 10 hours including stops at service stations) and will check into hotel in Madinah.
Day 10 to 14
- Rest day at hotel
From 15th throughout to the 20th Dhul Hijjah stay at the hotel and perform Ibadah. The group over the next 5 days will be involved in prayers. During these days, there will be a day for Ziyarat and a qualified scholar will be on hand to help and support you throughout this whole time.
Day 14
-Checkout Madinah Hotel / get ready for departure.
The group will depart from Madinah Airport to return to the UK.

Hajj is a journey towards ALLAH which tends to change everything in your life. Pilgrimage to the house is a duty of Muslims towards ALLAH. An important proviso for Hajj being obligatory on everyone is his financial fitness.

Blessings of Hajj (Book Economy Umrah from the UK)

The blessings of Hajj from ALLAH are countless for the Muslims. During the season of Hajj, Muslims comes from all over the world and gathered at Haram. Muslims gathered in the house of his creatures irrespective of caste, color, creed, language, rich, poor, and culture. There’s no difference between the peoples in the house of ALLAH. The best part is that Hajis from around the world interact with each other and know the current situation of their Muslim brother living in different regions.

Life is too short now so you should perform your duty early in your life, nobody knows the actual time of his death. No matter how much you avoid it, death is a truth of life. Young stage of life is actually the time when peoples have everything in life like health, the finances, and the most important of all the will that he can do anything. Peoples mostly often neglect the opportunities in order to make a successful future and want to achieve high degrees.