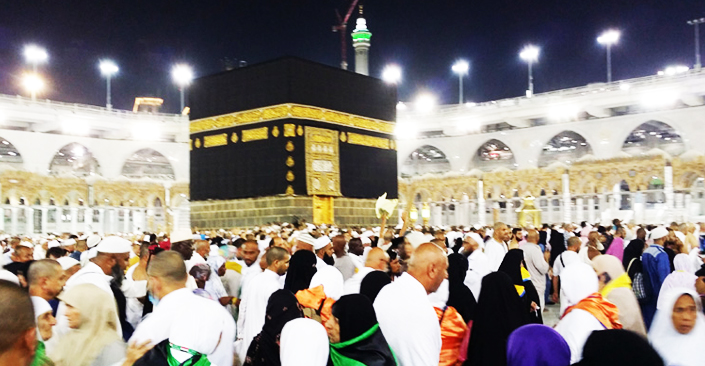 Hajj is a Festival of Sacrifice

All Muslims need to know Hajj is a festival of Sacrifice this represents two events. Hajj & second is God had commanded to Abraham the sacrifice of his beloved son, Ismail. While Muslims all around the world celebrate this day, it has particular significance for the pilgrims performing the hajj.

Qibla travels are providing the best Hajj and Umrah packages deals from the United Kingdom. December Umrah packages are available for those people who wait this best season for their holy duty from the UK. Allah had made the Hajj mandatory upon mankind initially during the time of Prophet Abraham:

“And make a proclamation of Hajj to mankind; So they will come to you on foot and on lean camels from every distant quarter.” (Quran: Ch 22, v27). Hajj is a Festival of Sacrifice.

Over time, however, the spread of idolatry across Arabia caused the rituals of hajj to become extremely distorted. With the advent of Islam and Prophet Muhammad [PBUH], Allah had reinstated Hajj as the fifth pillar of Islam and described the correct manner in which it was to be performed.

Islam relates that Abraham had two wives, Sarah, and Hajar, So each of whom bore a son, Isaac, and Ismail, respectively. Although Hajar was initially Sarah’s maid, according to Islam, Hajar later married Prophet Abraham and bore him a son, Ismail. Basically, Hajj is a Festival of Muslim in Remember of Holy Prophet Abraham.

Whether it is Islam, Christianity, or Judaism, the sacrifice of the son of Prophet Abraham has historical significance. Muslims celebrate the event through the festivities of Eid-ul-Adha as customary to their native cultures. We Provide Cheap Umrah packages.

Eid-ul-Adha is a time of remembrance of the trials of Prophet Abraham and a festival of Muslims, a time to celebrate the end of the hajj, and a time that all ages greatly anticipate. Eid Mubarak!

Qibla Travels Ltd is one of the leading Hajj and Umrah Travel agency in the UK. We are Providing cheap Hajj and Umrah packages at an affordable price from all over the UK.

Qibla Travels Ltd. provides the best Hajj and Umrah packages in the UK, as well as the most cost-effective worldwide flight services. Whether it is a leisure tour or holy visit that you’re going for, Qibla Travels offer you world-class services to make your journey memorable.