Hajj is a Journey Of Lesson 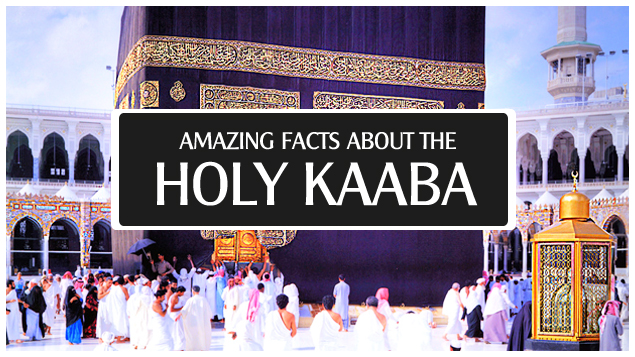 About the Holy Kaaba

Muslims face the Holy Kaaba in Mecca Saudi Arabia for five daily prayers. Holy Kaaba is a cube-shaped stone structure that was built by Prophet Ibrahim (AS) and his son Hazrat Ismail (AS). It is a misconception in Non- Muslims that Muslims worship the holy Kaaba but it’s not true Muslims do not worship the Holy Kaaba. The Kaaba serves as a focal point for Muslims around the world, unifying them in worship and symbolizing their common belief, spiritual focus, and direction.

Holy Kaaba is considered the most sacred place on earth as they go for offering Hajj according to the commands of Allah Almighty mentioned in Holy Quran. The Kaaba is a cube-shaped building which is roughly 50 feet high, and it is about 35 by 40 feet at its base.

Facts about the Holy Kaaba

Most of the people know about the Kaaba below are some things that may not be known by many.

It has been reconstructed many times:

The Holy Kaaba has been constructed many times due to natural disasters or sometimes due to wars. Many of us don’t know that Kaaba is not in its original state. One of the major events of reconstruction took place during the life of the Prophet Muhammad (SAW) (SAW) before he became a Prophet.

It had multiple doors and a window:

The original Kaaba used to have a door for entrance and another for an exit. For a considerable period of time, it also had a window situated to one side. The present Kaaba only has one door and no window.

Kaaba was of Multi-Colored:

We are used to seeing the Kaaba being covered in the trademark black cloth Kiswah with gold banding. The tradition of seeing Kaaba in black cloth that is Kiswah have started at the time of the Abbasids. Before Abbasids, the Kaaba was covered in multiple colors including green, red and even white.

There is only 1 Key bearer family of Holy Kaaba:

When Mecca was conquered, the keys of the Kaaba were presented to the Holy Prophet (SAW) who in turn returned them to Hazrat Usman ibn Talha (RA) of the BaniShaiba tribe. They had been the keepers of the Kaaba for centuries. The Prophet Muhammad (SAW) gave them the glad tidings that their family would remain so until the end of time.

Kaaba used to be open to everyone:

The Holy Kaaba was opened twice a week for anyone to enter and pray. But now due to the rapid expansion in the number of pilgrims and other factors. The Kaaba is now opened only twice a year for dignitaries and exclusive guests only.

The inside of the Holy Kaaba contains plaques commemorating the rulers who renovated it:

The Black Stone is broken:

The black stone was most damaged in the middle ages by an extreme heretical Ismaili group from Bahrain called the Qarmatians who had declared that the Hajj was an act of superstition. They decided to make their point by killing tens of thousands of hajjis and dumping their bodies in the well of Zamzam. As if this act of betrayal was not enough, these devils took the Black Stone to the East of Arabia and then Kufa in Iraq where they held it payoff until they were forced to return it by the Abbasid Caliph. When they returned it, it was in pieces and the only way to keep them together was by encasing them in a silver casing.